On 17th June 2021, the Supreme Court ruled in favor of the Affordable Care Act (ACA), dismissing the challenge that the ACA is unconstitutional.

Since it was signed into law, the ACA, widely known as the health reform law or Obamacare, has allowed nearly 31 million Americans to access healthcare coverage.

One of the greatly felt impacts brought about by Obamacare is the comprehensive healthcare plans, which allows people with mental health conditions and substance abuse disorders to access healthcare coverage just like other people.

Over the last four years, some changes have been made to the health care reform law, but the new administration is now reversing some of them. 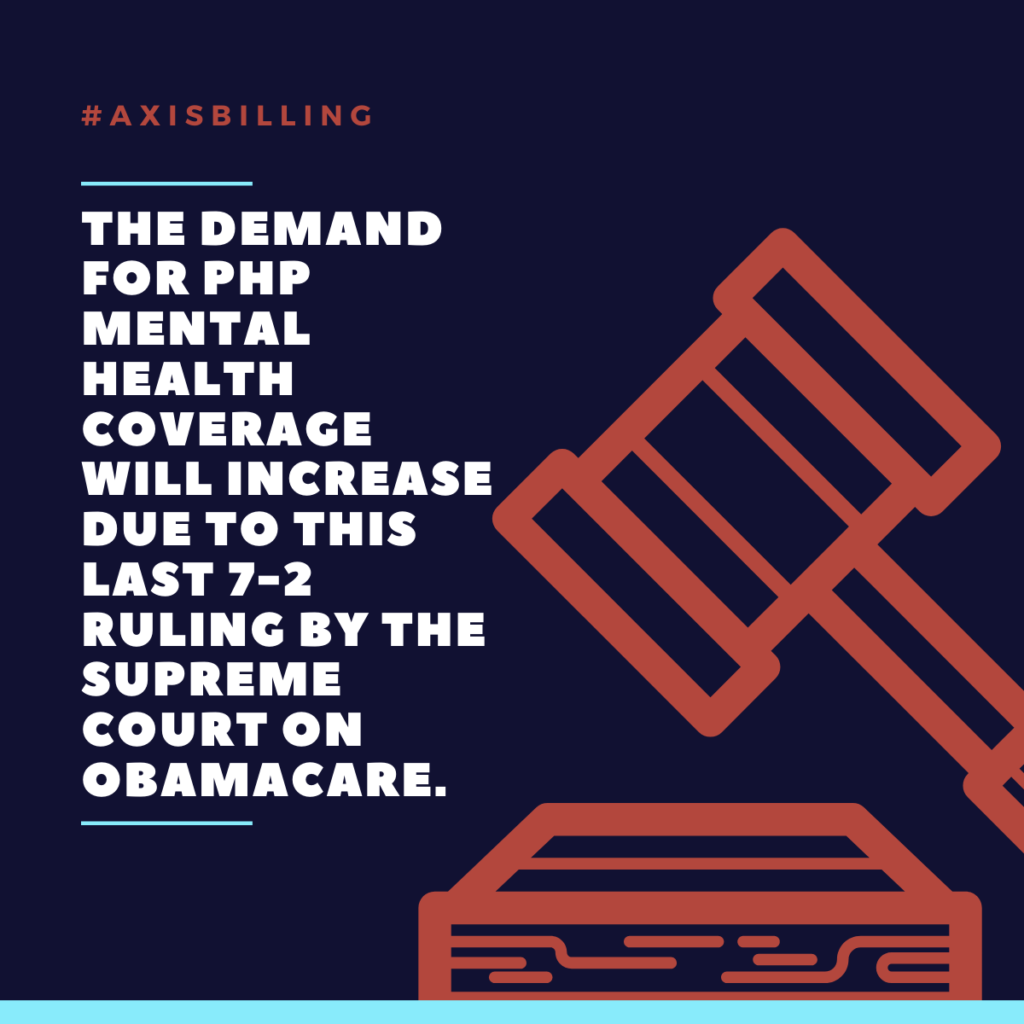 Knowing that their policies will cover the need for this higher level of care and future care is critical for all who need mental health services. Taking away any stigma with any mental health disease is important knowing that some if not all of the cost can be shared by the insurance policy they pay for monthly.

Additionally, we shall see the potential impact this ruling has on the demand for treatment of behavioral health conditions and whether or not it will influence reimbursement rates for behavioral health.

This is the 3rd and 4th attempt to strike down the law which provides coverage for this dire need of insurance coverage for many of the millions of Americans who are stricken with mental health issues.

As time goes on the insurance industry will adapt and find a usual and customary reimbursement rate for providers and insurance policy holders alike but know that this mandated coverage has been deemed worthy and constitutional by the supreme court of law.

Earlier Changes Made to ACA

Since its implementation in March 2010, The Affordable Care Act had survived two earlier Supreme Court challenges. However, the law has also seen several changes during the last administration. Below is an overview of some of the biggest amendments made.

Elimination of the Individual Mandate

When ACA was passed into law, all US residents were required to have health insurance or pay a given penalty. This mandate was designed to have everyone, including the more healthy people to enter the health insurance market. Similarly, it helped keep the ACA premium policies low. A 2017 tax overhaul legislation reduced the penalty for not having a health plan to $0. In December 2018, following the tax overhaul, a Texas federal judge ruled that the $ 0 penalty, by law, is no longer a tax, but a command, hence declaring the whole ACA unconstitutional. The case then moved to Supreme Court, and a ruling was made in favor of the ACA on 17th June 2021.

After the ACA Medicaid expansion was adopted, the federal government required states to have Medicaid beneficiaries prove that they either go to school or work. This change was highly politicized, and hundreds of thousands of Americans, including those with substance abuse disorders, were expected to lose their healthcare coverage.

The Ending of Cost-Sharing Reduction Subsidies to Insurance Providers

In 2017, the federal government stopped paying subsidies to insurers, which was seen as a critical element in motivating these companies to keep premiums down. This change disproportionately affected individuals and families who are not eligible for subsidies.

Under the initial ACA, short-term insurance that didn’t provide essential benefits was limited to not more than three months. However, in 2019, the federal government extended this duration to 364 days with the option to renew for three years. Since these health care plans are non-comprehensive, they do not fully protect individuals in severe health conditions.

Initially, the ACA had navigator programs with allocated budgets to help drive the healthcare sign-up campaigns. In 2017, these budgets were slashed, and the net impact was slowed and depressed enrollment. In the following year, the uninsured rates for US residents rose to 8.5% or 27.5 million people (the highest since the ACA went into effect) not having any healthcare plan at any point in 2018. This translated to more people, including those with pre-existing conditions not accessing medical care.

The Impact That ACA Has on Substance Abuse Treatment

The Affordable Care Act made it possible for people with pre-existing conditions such as drug and alcohol addiction to be accepted by insurance providers. At the same time, the 2008 Mental Health Parity and Addiction Equity Act (MHPAEA) mandated all insurers to offer the same level of coverage for substance abuse and mental health treatment as for regular medical care.

Now that the Supreme Court has spared ACA, patients receiving alcohol and drug recovery treatments have been relieved of the stress of covering all the rehab costs. Moving forward, rehab patients will continue to benefit from the covered rehab expenses. That said, here are the four ways ACA will continue to keep inpatient and outpatient rehab treatment costs affordable.

Now that you know everything about the Affordable Care Act, from the changes made to what to expect moving forward, let’s look at the other side of the ACA – i.e., what it takes for behavioral health service providers to be reimbursed by insurance companies.

Typically, there are four service categories that insurers may consider for reimbursements. These include:

These programs provide patients with behavioral health services for 9 to 19 hours per week for adults and at least 6 hours for children and adolescents. Billing for IOP is cumbersome compared to hospital-based and inpatient programs; hence, it’s challenging to get reimbursement.

Services offered by IOP include family, group, and individual psychotherapy, medical monitoring, and psycho-education. To be eligible for reimbursement, IOP providers must:

Due to the Supreme Court ruling, enrollment for healthcare plans will probably rise, and more people with substance abuse disorders will be seeking specialized treatments. It’s therefore fair to conclude that to a given extent, the demand for treatment services for behavioral health conditions will increase.

As far as reimbursement is concerned, the current rates are significantly lower than those for other medical and surgical treatments, and this has led to a lower network of behavioral health providers participating in healthcare plans. If this were to be resolved, health plans would need to raise reimbursement rates. But even then, it would be very costly to try and level up with what behavioral health providers charge patients who pay out-of-pocket. And while there are no official plans to raise reimbursements yet, efforts to boost these rates will be highly beneficial.

Last but not least, addiction treatment centers that accept Obamacare, Medicare, and Medicaid plans should prepare to help more patients access quality care. They should also keep up with the CMS billing requirements to ensure compliance and minimize delays of reimbursements which could otherwise hurt service delivery.

How to Triple your Facility Revenue in 4 Months